Degrowth in the suburbs: A radical urban imaginary

A prosperous descent for degrowth

Open Food Network was mentioned in the recently released book Degrowth in the Suburbs: A radical urban imaginary, written by Samuel Alexander and Brendan Gleeson. The book discussed how to make suburban landscapes sustainable in the face of planetary ecological crisis. The authors argue that degrowth, a planned contraction of overgrown economies, is what is needed for suburban renewal. They envision a ‘prosperous descent for degrowth’, imagining the elements needed for degrowth, including this reimagining of suburban food systems:
“Increasing self-provision obviously reduces dependency on the global market economy, and since households are generally unable to meet all their own food needs, every suburb these days has their own local farmers market, usually twice a week, where people either purchase or barter for necessary supplies or services, as well as enjoy the vibrancy and social interaction of the community gathering. The farmers markets are efficiently organised through open-source software called ‘The Open Food Network’, which makes it easy to connect local producers with urban and suburban markets, and this minimises ‘food miles’ for those food stuffs not producible within the urban boundary. This shows the extraordinary value of the internet when put to noble social purposes, reminding us that technologies, like knives or fire, are neither good nor bad in themselves, but depend on the ends towards which they are put.
This thriving suburban food movement has led to the collapse of the big supermarket chains, which were dependent on industrial agriculture and which could not survive expensive oil or the cultural shift towards localisation and increased self-sufficiency. As these institutions broke up, their assets were often acquired by farmer-owned cooperatives, fundamentally changing the power relations that had previously governed food production and provision in Australia. We see here how a social movement that withdraws financial support from mega-corporations while also increasing self-sufficiency can lead to structural shifts in the macro-economy in ways that were unanticipated by those who could not see the transformative potential of ‘mere lifestyle changes’ implied by urban and suburban agriculture. But withdrawing financial support from corporate power was only half the task; building the alternative economy was the other half.”
p. 160-161, Degrowth in the Suburbs (https://www.palgrave.com/us/book/9789811321306) 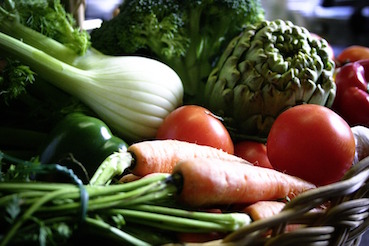 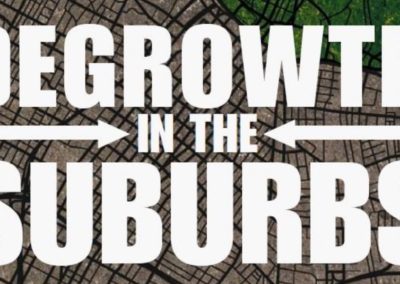 Degrowth in the suburbs

No one eats alone: Food as a social enterprise